Black tea from the Gao Li Gong Mountains in the northwest of China's Yunnan Province. The leaves were picked from about a century old tea trees, normally theay are used to process Puerh. Picking, processing and subsequent pressing took place in 2015.
The tea is firmly pressed into eight-gram balls. The longer, dark brown dry leaves with a high content of smaller young leaves and golden tips have a pleasantly warm aroma of pickled fruit and autumn forest. Golden-brown infusion with velvety soft, yet full, slightly spicy, slightly woody and malty taste with tones of pickled to slightly fermented fruit and French cognac.

Black tea has long been called red tea - Hong Cha in China. The Western designation "black tea" originated during European colonization expeditions due to a lack of understanding of the local environment. Thus, Europeans began to call tea to be black according to the color of the dry leaves, while in China tea was described as red according to the color of the infusion. 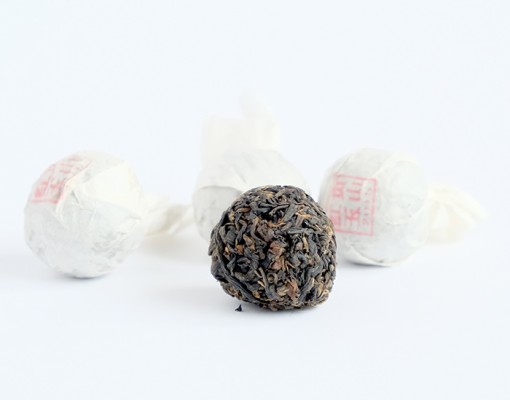