Japanese teapot made made by traditional craftsmen in the historic town of Tokoname.
ø 9 cm x height 7 cm, 220 - 250 ml, textured finish, with metal sieve
In Japan, green tea (sencha) is prepared in small clay teapots, so-called kyusu (side handle) or shiboridashi (no handle). They are simple and elegant. A fine strainer is fitted in the spout, which facilitates preparation of several infusions. Teapots of this type are made of green and red clay, according to original procedures without glaze, but with a very fine polish. Today these teapots, along with cups, are only manufactured in several traditional potteries in Japan. In addition to these traditional polished teapots, modern teaware also offers a number of lovely glazes, often embellished with tiny designs.

Tokoname – town of pottery
Tokoname was well-known as pottery town already in the end of the 12th century. It is one of six historic pottery towns in Japan, which also include: Bizen, Shigaraki, Tamba, Seto and Echizen. They are known as "The Six Ancient Kilns of Japan".
Tokoname kilns were allegedly the biggest and largest of them. The town of Tokoname took advantage of the proximity of sea and the market of the entire Japan using ships. Many pieces of old Tokoname pottery were found in many places throughout Japan.
Pottery from those days can be seen in the Ceramic Art Institute. Although it was made more than 900 years ago, it is very artistic with dynamic flashing and bright natural wood-ash glaze.
Tokoname pottery has a long history and tradition, going 900 years back. Redware was discovered in the early 18th century. It developed along with the production of teaware like teapots and cups for green tea. With the manufacture of ceramic pipes, bowls and jars, the town of Tokoname prospered. In the 19th century, mass production was introduced, with production systems and improved kilns.
Nowadays, a wide range of ceramics from construction tiles and sanitary ware to table ware, vases and art pottery is manufactured. Some manufactures and pottery workshops function even today, but their number decreased, compared to the times of their greatest prosperity. 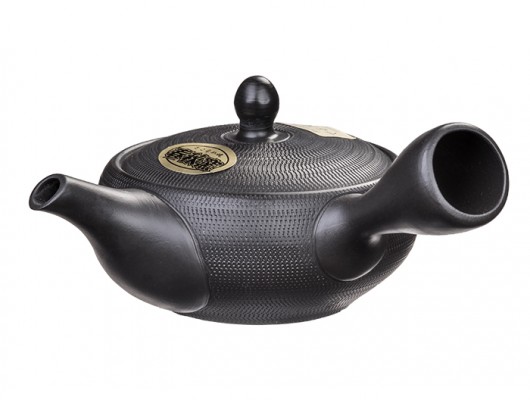