porcelain ø 7 cm x height 3.6 cm, 60 ml, small flaws on some of the cups, therefor the price is low, more pieces available
Hyogo, Japan
Imari is the European collector's name for Japanese porcelain made in the city of Arita in the former province of Hizen in northwestern Kyushu and exported from the port of Imari in the state of Saga, specifically for European export. In Japanese, these porcelain pieces are known as Arita-yaki.

Arita Ware
Japan produces many types of ceramics that are also popular overseas. One of them is Arita ware, which has been favored for over 400 years not only in Japan but in Europe as well.
There are many different kinds of ceramics in Japan. One of these, Arita ware, was first created about 400 years ago. It's said that in 1616 Ri Sanpei, a ceramist who came to Japan from Korea, discovered a deposit of porcelain stone at Izumiyama in Arita (present-day Arita-machi, Saga Prefecture) and made the first porcelain piece in Japan using this material. With the discovery of porcelain stone, ceramics production rapidly flourished in Arita. In time, a magistrate's office was set up in the town to prevent its overglaze techniques from being leaked to outsiders, and the office came to oversee the production of Arita ware.
Early Arita ware mostly consisted of blue designs on white material. In the 1640s, though, Kakiemon I perfected the famous akae - a colorful overglaze technique that uses red abundantly. The beautiful designs in bright colors like red, yellow, green, and blue on a white background have come to represent Arita ware and continue to be loved around the world. Moreover, the 1690s saw the appearance of products combining blue underglaze patterns with detailed overglaze paintings or patterns, as well as even more gorgeous products with gold applied over these elaborate designs. This style of Arita ware, known as Ko-Imari, greatly influenced ceramics production in many parts of Europe.
Thus, in a space of less than a century, akae and various other techniques were devised, refining the artistry of Arita ware. In the nineteenth century, Arita porcelains were shown at the Universal Exposition in Paris and earned an excellent reputation.
Today, Arita is home to many potteries, as well as to a school that exclusively teaches the art of ceramics to aspiring ceramists. The town entered into a "sister city" contract with Meissen, Germany, in 1979. Meissen is also famous for its porcelain, known as Meissen porcelain. The tradition of international exchange through ceramics continues to this day. 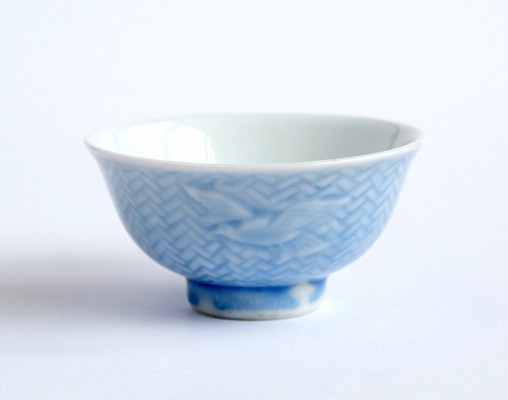