Mr. Xu Xueqiang lives and works in the city of Yixing in Jiangsu Province in eastern China near the vast Tai Hu Lake and the city of Shanghai. He runs a small but relatively well-known studio with several students. Teapots are made partly by hand and partly in a mold. The beginning of production is the same as for completely handmade teapots and the final fine tuning takes place in the form where the finished body is inserted into the plaster mold and shaped with a finger.
Xu Xueqiang is a respected artist, a member of the Chinese Ceramic Association and the Chinese Arts and Crafts Association. His works have been awarded at many exhibitions and festivals. Among other things, he won the gold prize at the jubilee 10th Chinese Exhibition of Arts and Crafts in 2013 or the gold prize at the 23rd International Cultural Festival in Heze in 2014. 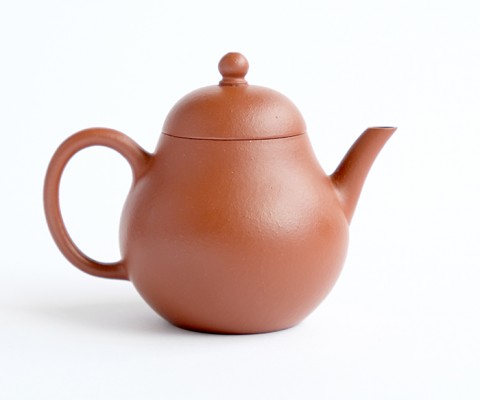