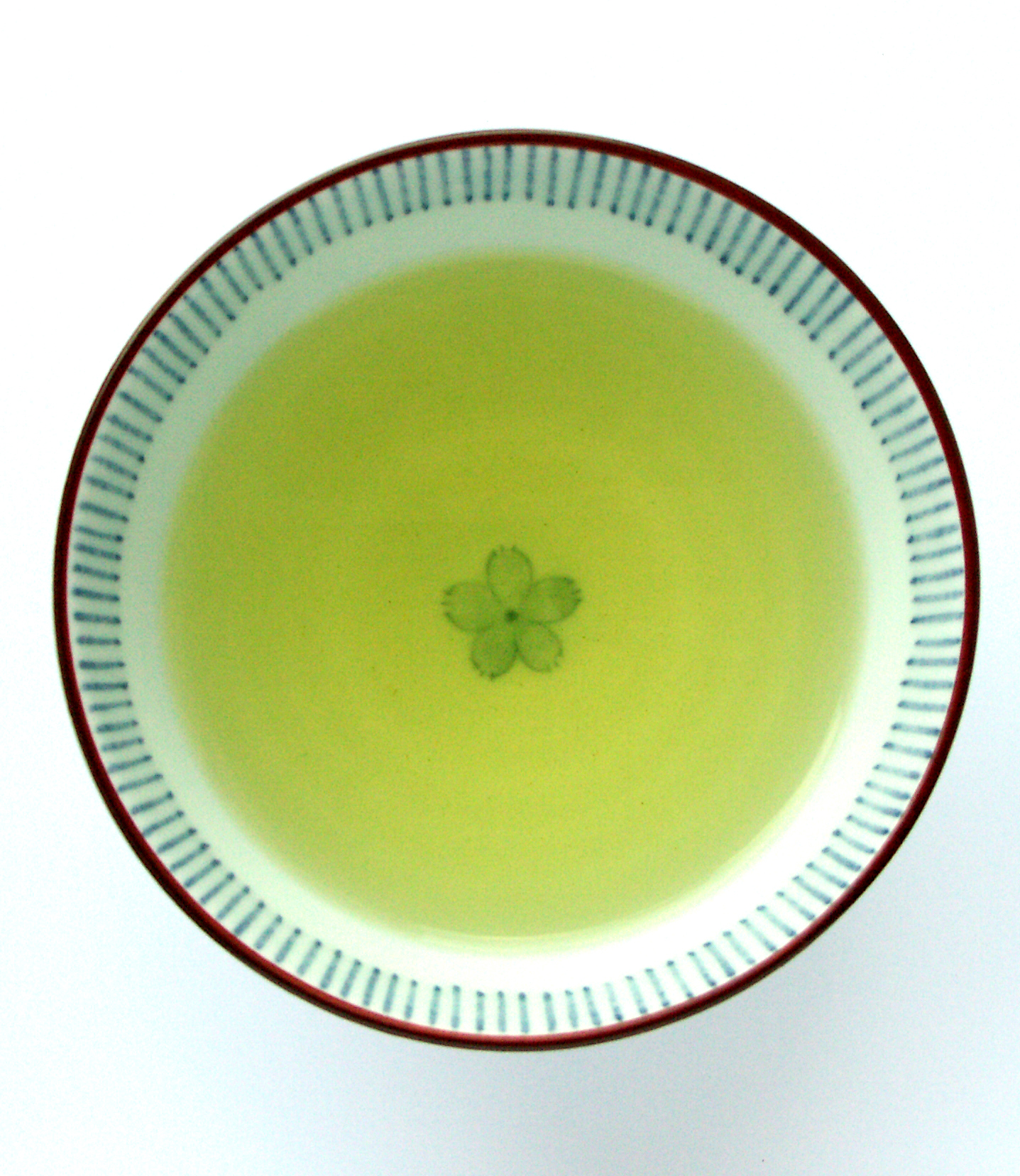 China is the original kingdom of tea, which is why Chinese teas lead the offer of various types, they are perfectly processed and look great. In Japan tea arrived first in the eighth century. You will find mainly green tea in Japan – basically types like Bancha, Sencha, and Gyokuro, yet excellent green teas can be found also in Taiwan and South Korea.

As the leaves of green tea are not fermented, it contains the most antioxidants (compared to oxidized teas). They contain a significant amount of polyphenols such as epicatechin, epicatechin gallate, epigallocatechin, and catechin equivalent. The content of polyphenols varies depending on the tea type. Thanks to these substances tea has positive effects – it helps prevent cancer, cardiovascular diseases, infections, caries, and many other health problems.
Around 400 substances contained in tea leaves, so-called active ingredients, are known. They include particularly caffeine, polyphenols (tannins), flavonols, flavonoids, theophylline and theobromine (similar to caffeine), fats, waxes, saponins, essential oils, carotene, the C, B1, B2, B5, B10, B12, E and K vitamins, enzymes, iron compounds, potassium, fluorine, sodium, calcium, copper, nickel, zinc, trace elements and many more.
Tannins have anti-inflammatory effects, help soothe the stomach and intestines, and heal airway mucosa during cold. Theophylline stimulates blood circulation and relaxes muscle spasms. Tooth decay is prevented by the fluorine present in tea.
Polyphenols (tannins) are present in all genuine teas and cause their slightly bitter, astringent taste and distinct scent. After ingestion, they are absorbed into organs. They are excellent antioxidants.

The origin of tea – China

China is the original kingdom of tea, which is why Chinese teas lead the offer of various types, they are perfectly processed and look great. They consist of skilfully rolled leaves, pearls, and balls. Thousands of years of tea production experience are difficult to match. Although black (red) teas are produced here, they are not immensely popular in China. Plenty of green teas and also the very popular oolongs can be found there.
Green teas are abruptly dried immediately after the harvest, which prevents fermentation. This is why this tea and its infusion are not brown, but green or yellow.
For Europeans, Chinese green teas can have unusual taste and smell. The way of tea preparation and the tea/water ratio depends solely on personal taste and smell preferences. They are prepared in a kettle or zhong. Or better, as Master Lu Yu says: “Drinks made of rough tea, loose tea, tips, and tea made into cakes are drunk. Someone cuts, roasts, bakes and beats tea, stores it in a jar or tin, and only then pours hot water over it − this is how so-called infused tea is prepared.”
Usually, there is the rule that the greener the infusion, the better the tea.
Depending on the type of processing, teas are divided into the following types:
- longitudinally rolled
- transversely rolled
- curled
- little-formed (natural) leaves
The Chinese became such popular tea producers that they were invited to Japan and Taiwan. Today, green tea has become very trendy globally, which is why a multitude of types and price levels are available in specialized shops and tearooms.
Among the most famous Chinese green teas are Zhu-cha (“Gunpowder” in Europe), Long Jing, Bi-Luo-Chun, Meng-Ting, and the popular Chun-Mei.

So-called white teas are made by mere withering without rolling. Leaves are left to ferment slightly and thoroughly dried. The famous Bai-Mu-Dan tea is made from unopened leaf buds with silvery-white hairs. Another famed white tea is Shoumei.

Tea arrived in Japan in the eighth century, originally as an exotic drink. In the 12th century, the seeds of cultivated tea trees were brought there by Myoan Eisai, the founder of the Rinzai Buddhist Zen school.
Tea was drunk mainly by Buddhist monks, mainly for its stimulating effects − it helped them concentrate and remain mindful during meditation.
Since the 15th century, the tea ceremony tradition has been maintained in Japan. The tradition comes from China at a time when this form of ceremonious tea preparation was at its demise. The complex ritual has clearly defined rules and procedures that must be followed. The mastering tea ceremony is an art that takes many years. Special tea accessories are used for the ceremony.
Most Japanese tea is grown south of Tokyo. Solely green tea is produced here − the method of drying differs from the one used in China. The Chinese neutralize the fermentation enzymes by means of heat (such as in hot woks), but in Japan, hot steam is used. The length and intensity of steaming determine the resulting look and taste of tea. Then it is dried, cleaned, and sorted.
Classic Japanese Sencha comes in the form of small smooth green needles. There is a rule for Japanese tea − the darker the dried leaf, the higher quality of the tea. The smell and freshness of loose tea also tell a lot.
Tea quality and by extension the price of tea is determined by the time of harvest − quality is thus easily graded. The first flush (the best quality tea) takes place from mid-April to mid-May. The second flush takes place from the end of May and the third takes place in June.
Japanese tea can be very roughly divided into Bancha, Sencha, and Gyokuro. However, these categories can overlap and not always reflect tea quality.
Thanks to the content of non-oxidized polyphenols, green tea has proven antibacterial and antibiotic effects while it also lowers cholesterol levels. Quality Japanese teas contain plenty of vitamins A, B, C, E, and P as well as catechins, carotene, amino acids, and minerals such as potassium, fluorine, and zinc.

Correct tea preparation is of utmost importance − it helps preserve many nuances in the tastes of delicate teas. The tea taste is influenced by the following factors: water quality and temperature, time of infusion, and the number of leaves. Water quality influences tea to a large degree, especially its finer types.
Water should be first boiled and then left to cool. If water is too hot, tea cannot unfold its taste in full. It can come out too bitter.
Water can be cooled in tea cups. The higher the quality of tea, the colder water can be used. For first-flush teas, the water temperature should be from 55 to 60 °C and 60 to 75 °C for Bancha.
The better the tea, the longer the first infusion can take. For example, first-flush tea should be infused for 50 to 80 seconds, while 15 seconds suffice for further infusions. It is very important that each infusion is fresh.
In Japan, green tea is traditionally prepared in small clay pots with a sieve, which keeps loose leaves inside.
After opening the packaging of green Japanese tea, it should be carefully closed and stored in a fridge. This keeps their freshness and smell.

Region
Harvest
Sorry, this item is now reserved by someone else. If he/ she changes his/ her mind, the product will be avilable again.