More in a Story. 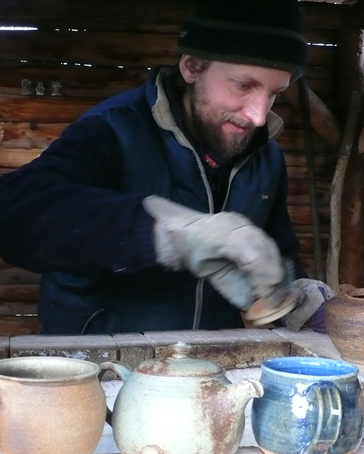 Martin Hadrava - tile master and ceramist
Lives in Klikov, South Bohemia. This is a transcription of the words that Martin wrote about himself after making a deal and drinking some tea with us. He said he had to do it fast because later on he would not get to it anymore. He took a pen, sat at a table and started writing spontaneously:
"Martin Hadrava, born on 16 April 1974
I have worked as a ceramist since 1993, when I started to work in a ceramic studio in Prague right after finishing high school. Gradually I went through several studios in the Czech Republic, but also in Germany and Spain where I met wood-fired ceramic. My desire for wood firing brought me to Klikov, a village in South-Bohemia where there were 11 ceramic workshops before World War II. I hired a studio with a big Kassel kiln and I fired garden and functional ceramics there. Tea pottery has accompanied me the whole time. Even now, when I mostly engage in making tiles and tile stoves, I sit at the turning wheel from time to time and make a few cups and teapots for me and the tea lovers to enjoy." 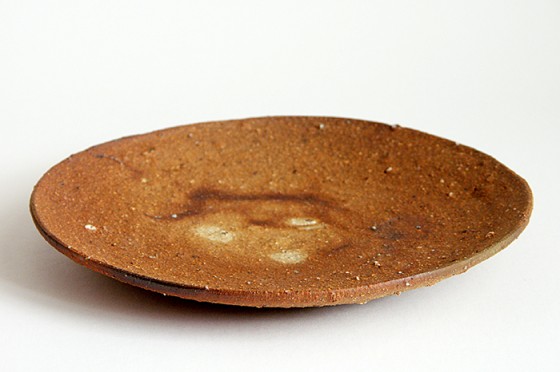